Skip to content
Posted by By Frank Kennedy September 2, 2019No Comments 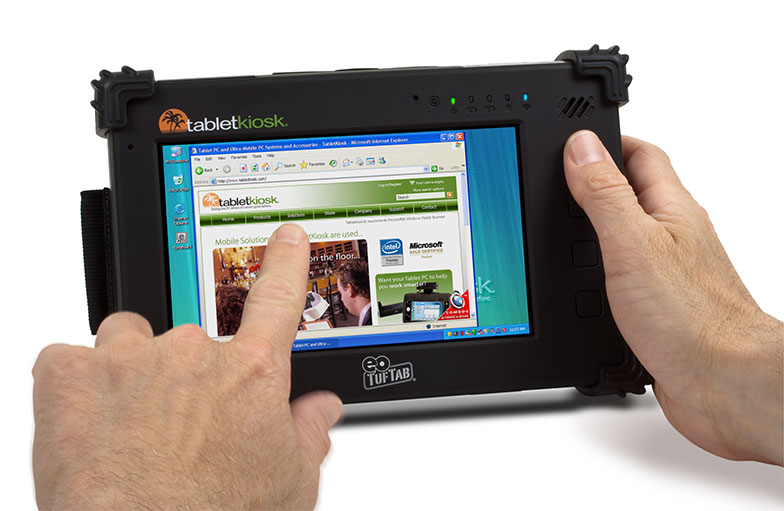 So about 4 years ago I was given an old rugged touch tablet meant for field work for digital forensic investigators. It’s the TabletKiosk EO TuffTab and it came with a 7″ touch screen display, HDD, Windows 7, Intel Atom CPU and 2GB of RAM. I immediately took it apart because… well… of course I did. Everything was sealed nice and tight. The case had a nice rubber seal all the way around to protect the device from the elements (water, dust, etc). Here is what it looked like after disassembling it. Notice that I swapped out the old spin drive for an SSD. 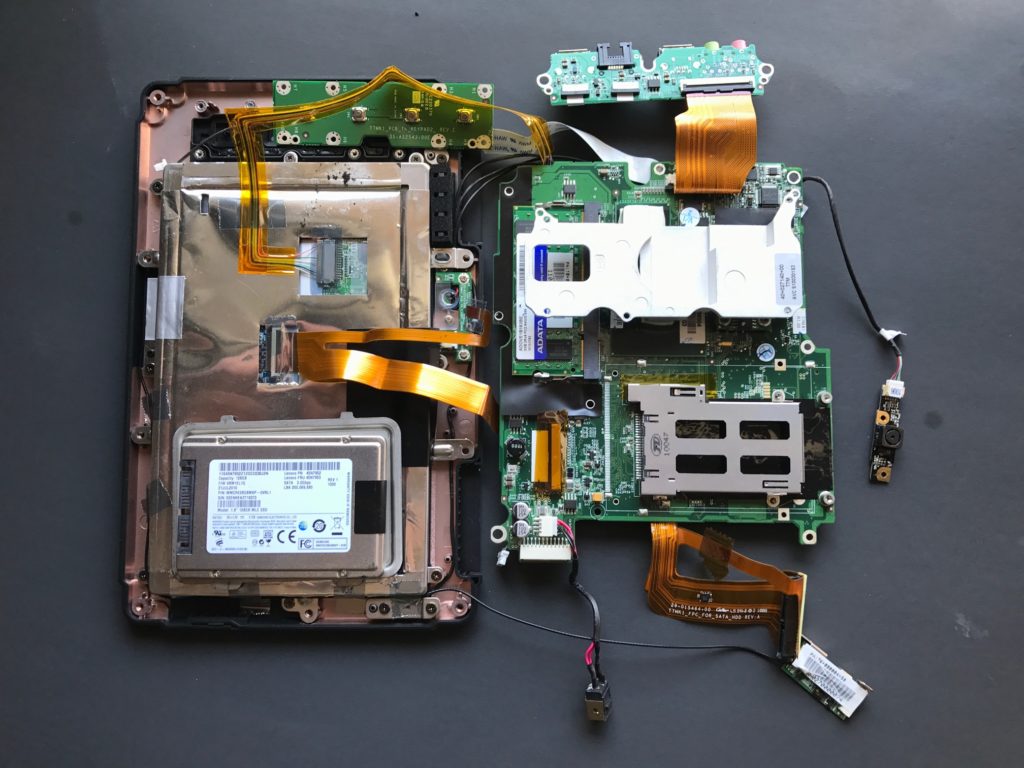 It was bad timing as we moved to a new house around the the time of disassembly. I had to pack this thing in a box and I completely forgot about it. It’s been packed away for years. Fast forward to last week when I stumbled upon it. I felt excited to dive back in. Now I just have to figure out how to put this darn thing back together again to see if it still works. Shouldn’t be hard. I just wanted the core of it to work. I removed the GPS board and the rear camera (since the quality was so low that it was basically useless) And what do you know… 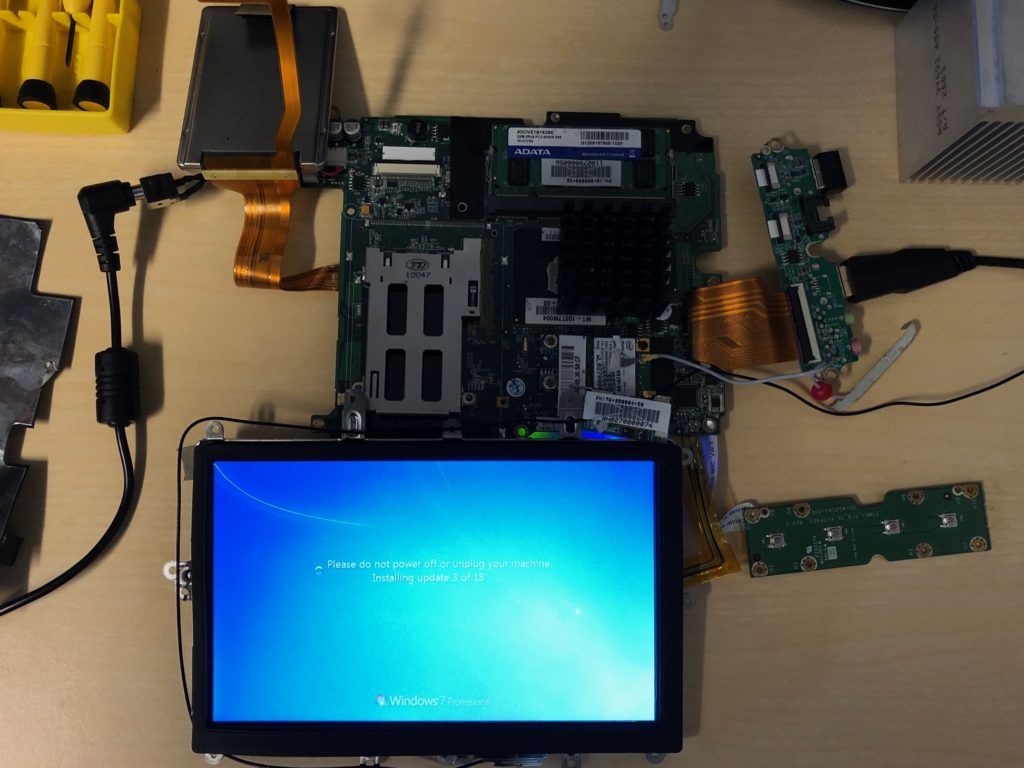 IT STILL WORKS!!! Albeit it’s on Windows 7. Maybe I can install a Linux distro to bring some life back into it. For now, I went ahead and put the board (and everything else needed to turn on) back into the case again. It now sits attached to my workbench in the garage sideways waiting for a purpose. I’ll figure that out after the Linux install. It is not water or dust proof anymore seeing as the GPS unit is completely removed from the top but I just see it as more air holes for heat release. 🙂 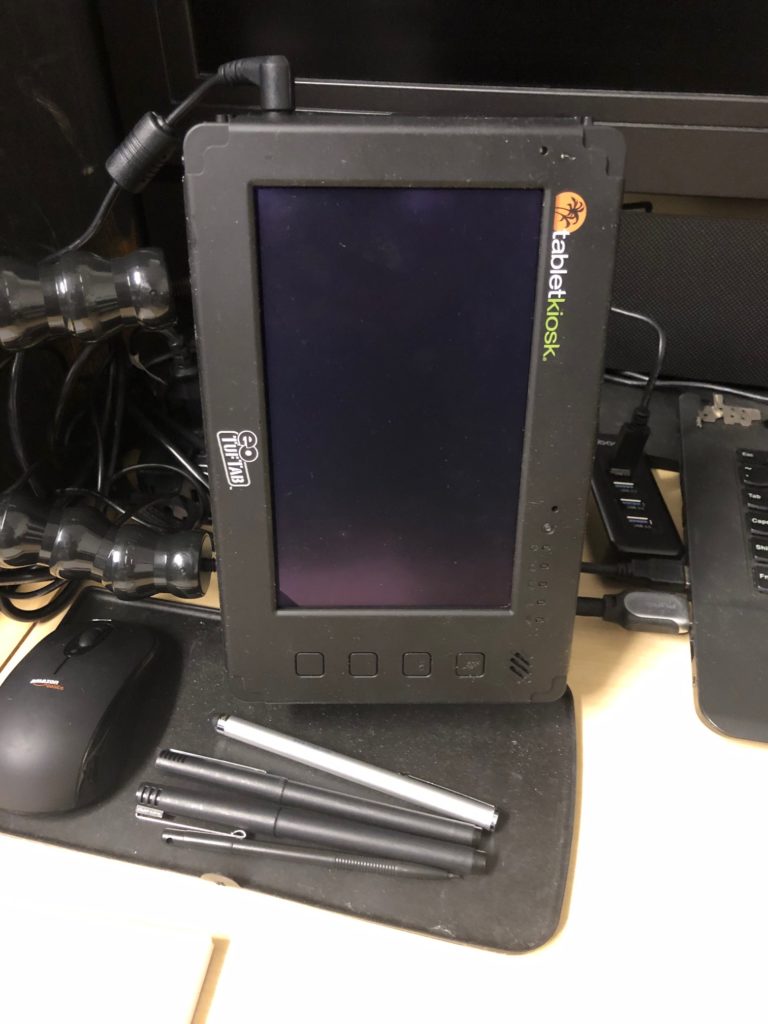 What do you think it’s purpose should be now?

Let There Be Light!