Skip to content
Posted by By Frank Kennedy February 26, 2020No Comments

***WARNING!!!  SPOILERS BELOW!!! Please do not read if you haven’t seen any of these movies.

If you don’t care then please proceed. 😎

So, during the holiday break, I decided to finally sit through the Star Wars movies and get caught up with the franchise. To be completely honest, I have not seen the original three movies from start to finish. I saw bits and pieces here and there and basically understood the plot of the films. I did watch episode 1, missed 2 and saw the beginning and ending of 3. Yes, I understand that my Star Wars viewing was completely choppy. Since Disney was awesome enough to add all the Star Wars movies to Disney+, I figured it was time to sit down and watch the movies through without interruption.

Please be aware that these are quick comments regarding each film that I’ve seen. I’m not going to go into really long specifics into anything. The films I haven’t seen will be marked as such. (but I do plan on watching them) 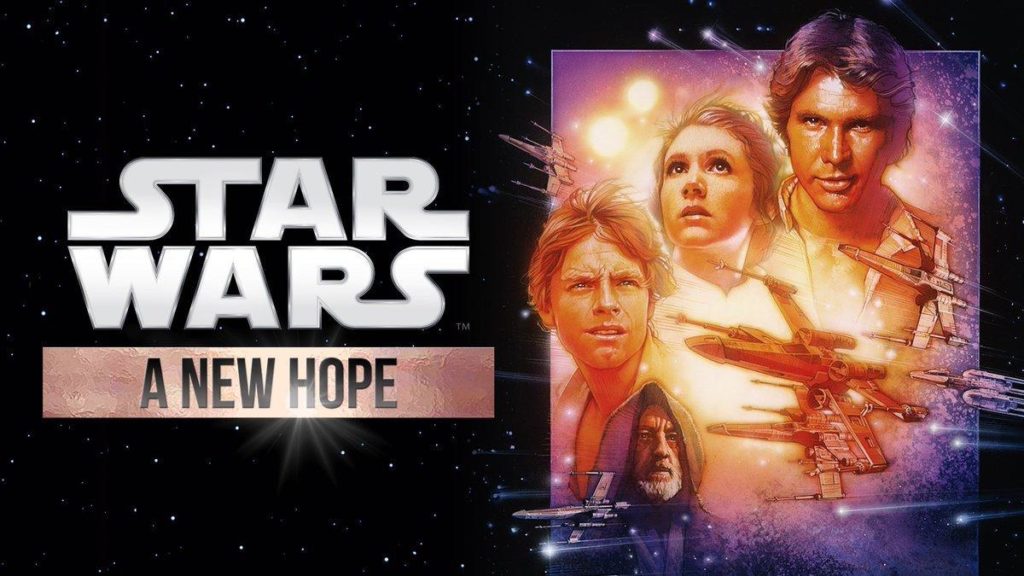 Episode IV – A New Hope: Whoa, instant action! Everything seems so familiar. Last time I saw this movie was when I was around 7? years old. The Jawas look similar to that one character from He-man… you know who I’m talking about. (googled his name… Orko) That’s honestly who I thought about when I first saw them. Gosh the acting is so bad. The special effects (while I know were updated) don’t look too good either. The light saber fight scenes are so bad… it made me laugh but damn Darth Vader looks so badass. Oh shit… Obi Wan dies? Ahh… I remember seeing this scene on Family Guy. Lmao Please don’t hate me. 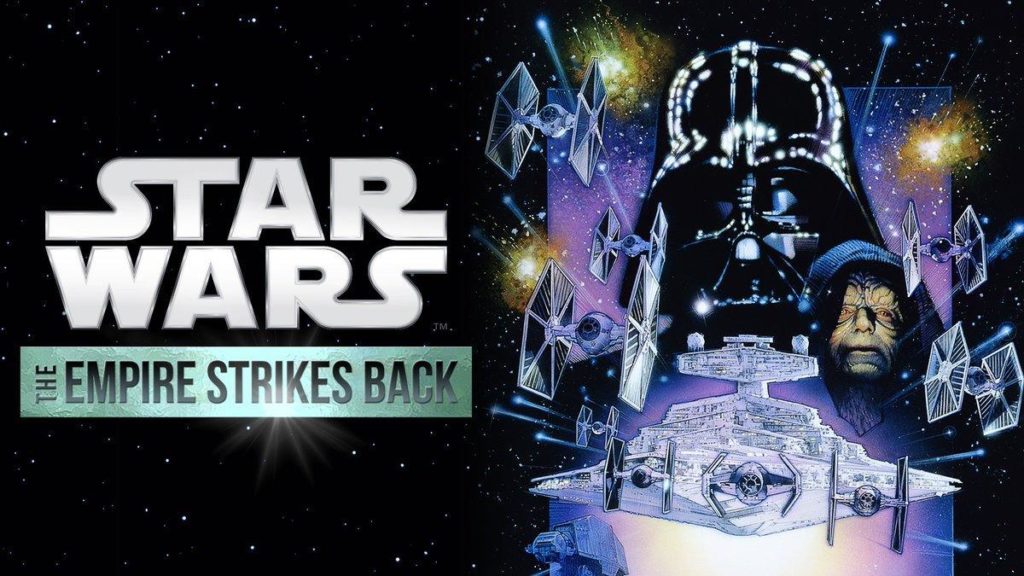 Episode V – The Empire Strikes Back: Okay, lets see what happens now. So, Luke trains with Yoda. He seems so dumb in this film. I thought Yoda was supposed to be a Jedi master, the wisest one of the lot… no? Luke and Vader fight… I know from seeing this a long time ago (and from so many references in other films) that Darth Vader is Luke’s father. Oh snap, Luke loses his hand? 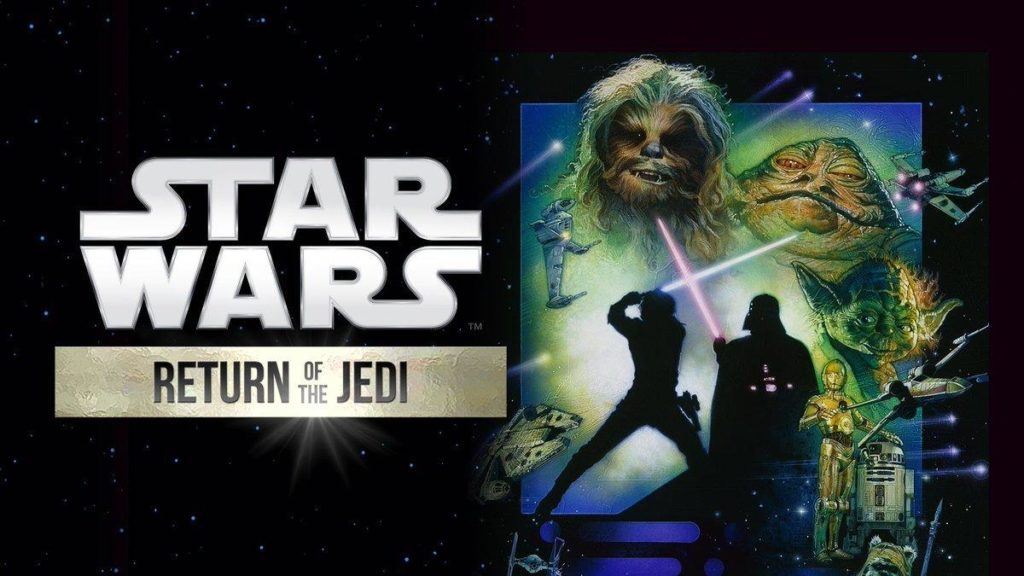 Episode VI – Return of the Jedi: This storyline is a bit better than the last three in my opinion. Boba Fett dies? I didn’t know that. Dude gets eaten by a huge mouth. lol

Episode I – The Phantom Menace: I remember seeing this movie at the theater. I hadn’t remembered anything of the other movies to really understand anything. Now it makes sense. It’s Ben! Ahh… Darth Vader as a little kid. Very interesting to see how he turns evil. The Jedi Council seems to know that training Anakin is a bad idea. So, what I can take from all of this is that Qui-Gon Jinn did create this monster. It was all his fault!! Also, wow Darth Maul is scary looking. I remember seeing his face everywhere when this movie came out. 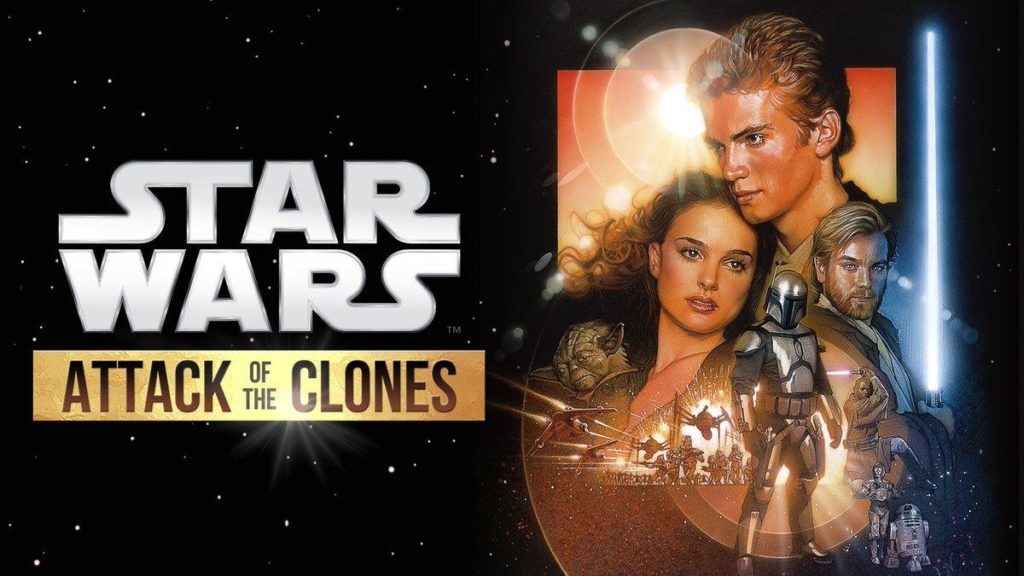 Episode II – Attack of the Clones: Wow, Anakin Skywalker is a little whiny bitch isn’t he? He can’t get his way most of the time and complains like a baby. Dude, just shut up and do your job! Jango Fett was pretty badass… oh is that little Boba? Aww… he never knows how he dies. Lol Into a huge sand-hole mouth. LOL 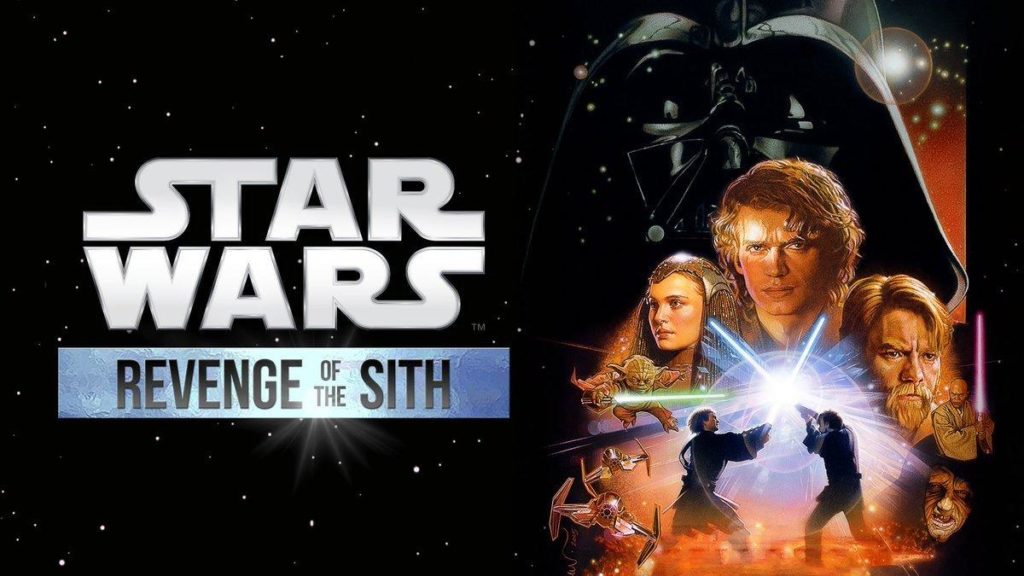 Episode III – Revenge of the Sith: Execute order 66.  hehe! The beginning of this movie was slightly boring… up until it went dark and Anakin killed those children. My god! The final fight scene between Anakin and Obi Wan was intense. If Obi Wan could’ve seen the future, I think he’d kick Anakin into that lava but wow… now we know the reason why Darth Vader gets his suit. This movie was better towards the end. 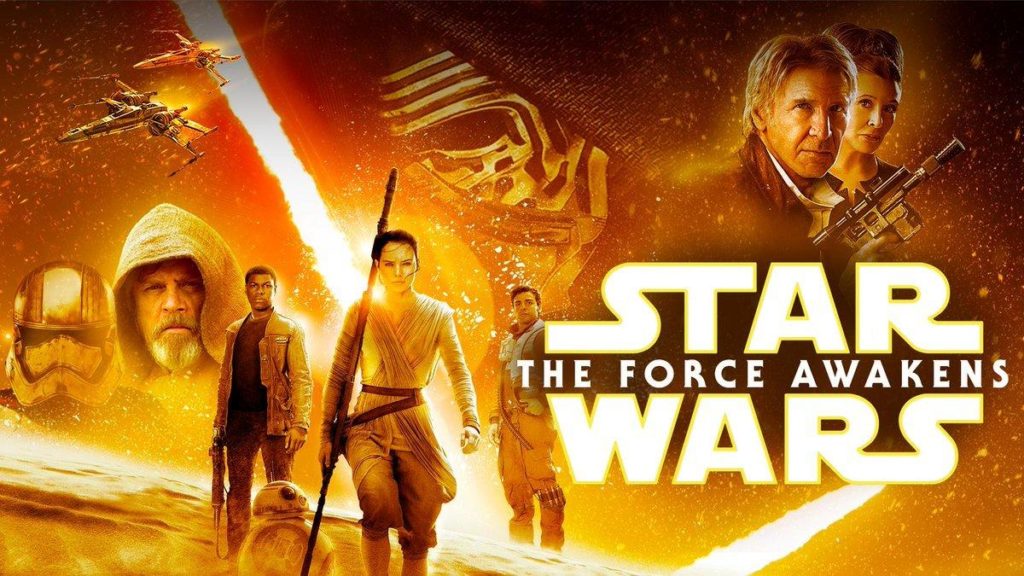 Episode VII – The Force Awakens: I am instantly hooked. Those Storm Troopers are pretty bad ass. Who is this sith lord? Kylo Ren? Helmet looks pretty good. Who’s this huge alien giant? So many questions!  Love the call back to Darth Vader. Oh man, the “piece of crap” getaway ship is the Millennium Falcon!! OH SNAP… It’s Hans Solo and Chewy! OH SNAP #2… Kylo is Hans and Leia’s son? OH SNAP #3 …HE KILLED HANS SOLO? WTF YOU MANIAC!!! I bet Chewy is pissed AF! OOOOO… It finishes with Luke… Nice! This film was fire. 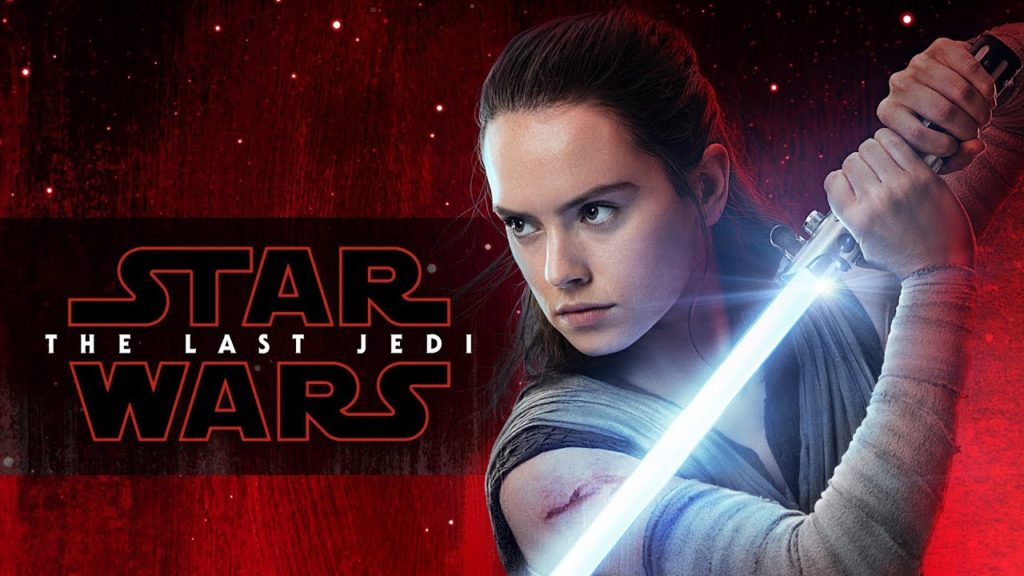 Episode VIII – The Last Jedi: Really looking forward to this film. Want to see what happens with Rey and Luke. Interesting to see that Kylo Ren was trained by Luke Skywalker. This story line grasps me harder than any of the others. So much going on. Wait… Luke projects himself, looks like he’s taking a massive dump then dies like Obi Wan? Lame.

Episode IX – The Rise of Skywalker: Haven’t seen this yet. 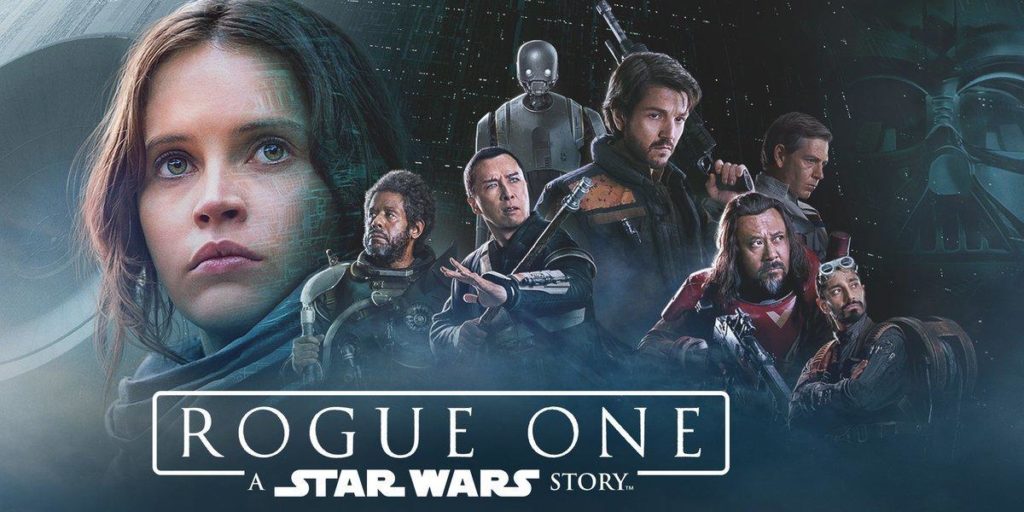 Rogue One – A Star Wars Story: Oooo… black Storm Troopers? Okay, so this seems to take place between episode III and IV, sweet! The movie is a bit boring in certain areas. I understand why they had to add old dude’s face digitally but wow it looks bad. I lost track of the story and just cringed every time I saw his CGI face. This makes so much sense as to how episode IV starts. Sad to see them finish the mission, only to die. HOLY CRAP! THAT DARTH VADER SCENE AT THE END WAS SO BADASS!!!! Hey it’s princess Leia! Her CGI was done way better than Tarkin.

Solo- A Star Wars Story: Haven’t seen this film yet. 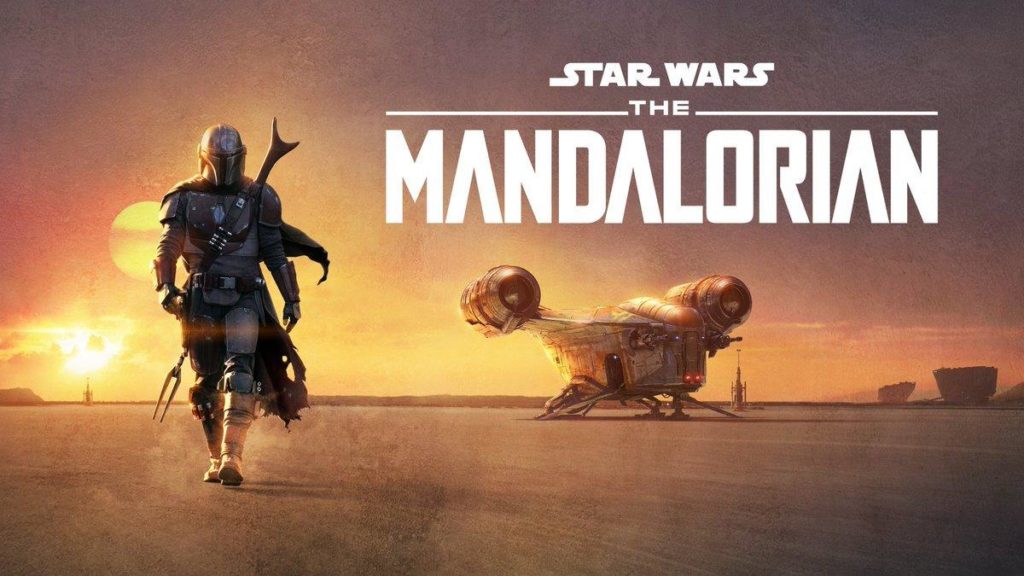 The Mandalorian: This series has so many positive reviews. Since I am fresh with the whole Star Wars lore, I was happy to jump in and see what all the hype was about. The Mandalorian’s entrance was so badass. The episodes are too short for my liking. I would much rather have hour long episodes… just too much goodness going on. Baby Yoda was just like everyone says… completely adorable! So many great sayings… “I have spoken”, “This is the way”, “I can bring you in warm or I can bring you in cold!” LMAO So much awesome sauce going on here! Oh man, Black Storm Troopers are back!! Love how the Mandalorian upgraded his gear going forward I cannot wait for Season 2!!!

We moved! And VyporX.com is done! Well… sort of. 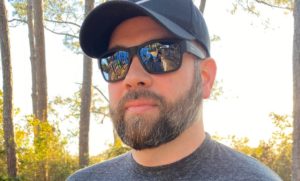